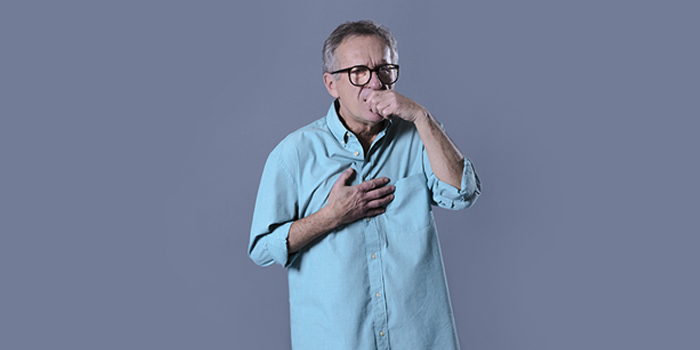 Tuberculosis (TB) is an infectious disease caused by Mycobacterium tuberculosis. Tuberculosis primarily affects the lungs. Fight Against Tuberculosis, an airborne disease which spreads when a TB patient with affected lungs sneezes, coughs, laughs, spits or talks.  It is the 2nd biggest killer globally when compared with ailments contracted by a single infectious agent. India is the highest TB burden country. As per World Health Organization statistics for 2011, about 2.2 million cases of tuberculosis incidence reported out of 9.6 million cases worldwide. Every third AIDS patient dies of Tuberculosis in India. On March 24, 2019, the Ministry of Health Family Welfare of India reported the discovery of 2.15 million new cases in 2018.

To make matters worse, recently TDR-TB phenomenon is discovered, which means Totally Drug-Resistant Tuberculosis. This issue began with MDR-TB but escalated to XDR-TB. Multi-drug-resistant tuberculosis is that form of TB infection which is resistant to treatment with two of the most powerful anti-TB first-line medications namely isoniazid and rifampin. The TB resistant to even the second-line medicines are known as XDR-TB or extensively drug-resistant TB. As of now, TDR-TB is considered the most dangerous in India. Fortunately, there is a cure for this disease and most importantly, TB is preventable.

There are two different kinds of tuberculosis infection- latent and active.

Latent TB- In the case of a person with latent TB, the bacteria would remain present in the body but in an inactive state. There would be no symptom and they are often not contagious. However, there is a chance of them becoming active.

Active TB- A person with active TB would show symptoms and the disease can be transmitted to others as well. Though TB is contagious, thankfully it is hard to catch.

It is believed that about one-third of the people in the world have latent TB. Latent TB has a chance to become active in about 10% of these people. The risk is even higher for people with compromised immune systems like those who smoke, living with HIV or suffering from malnutrition.

TB affects people of all age group all across the world. However, young adults and residents of developing countries are most affected.

As per the CDC or Centers for Disease Control and Prevention, TB symptoms include:

TB can affect any part of the body and the symptoms will depend on the area it affects.

As already mentioned a person with latent TB will not exhibit any symptom but as soon as it becomes active, TB would cause cough, fever and other symptoms.

If proper treatment is not administered, TB can start to affect other parts of the body by moving through the bloodstream affecting:

The common tests that are done to determine whether a person has TB or not include chest X-rays, blood tests and sputum tests.

Doctors start with the medical history and symptoms of the patient along with the family history. Thereafter the diagnosis of TB begins. The physician would use a stethoscope to check the lungs and shall also examine the lymph nodes for swelling. One of the methods to diagnose TB is by means of a skin test where PPD tuberculin, an extract of the TB bacterium, would be injected just below the forearm.

And after 2-3 days if the injection site has a hard, red bump swollen up to a particular size, then the individual is suspected to have TB. However, the skin test does not give accurate result all the time. It may not also confirm whether the person has active or latent TB.

It is difficult to diagnose MDR-TB in comparison to regular TB. Moreover, diagnosing TB in children is also quite difficult.

Most of the TB patients can get cured with the proper and timely administration of medicines. The length and type of antibiotic treatment would depend on the overall health, age, drug resistance, type of TB, location of infection like the brain, lungs, kidneys, etc. of the patient.

The standard course of antibiotics for TB runs a minimum of six months.

TB medication can cause liver toxicity. Though side-effects are rare, however, if they occur, it can get very serious. Thus, it is important to inform the patient as soon as any sign of side-effect is noticed. The side-effects include:

In order to eliminate TB completely from the system, it is important to complete the full course of the treatment, even if the symptoms of TB go away. If any bacteria survive the treatment, it could become resistant to the antibiotics leading to MDR-TB in the future.

It is better to recommend DOT or directly observed therapy where a healthcare worker would ensure that the medicines are administered properly and the treatment course is completed as expected.

The spread of active TB can be curbed by taking a few measures.

A TB patient can prevent spreading the disease by not going to work or school till the time the ailment is completely cured. It is better to sleep alone in a separate room if infected with TB. If need be to go out or interact with people, the patient should wear a mask that covers the mouth. Ventilating room is also helpful in limiting the spread of the bacteria.

If you are looking for an expert opinion, consult our general physician today. To book an appointment, visit us at https://www.nightingales.in/

For more such health related articles, visit our blog page at
https://www.nightingales.in/blog/